My Pete Seeger story…in 1998 I was lucky enough to photograph Pete Seeger for the Philadelphia Inquirer Magazine at his home in Beacon, NY. He really did n’t want to have his photo taken. On stage was one thing, but at off stage he was a private person. I snapped this shot of him with his granddaughter. Morays Jackson that I felt captured the essence of his spirit and inspiration to young people. They looked up to him; and he to them. Years later, in 2007, I picked up the phone and it was Pete on the other line. “Wendy, this is Pete Seeger,” he said. He really liked the photo and wanted it for his book. There were plenty of shot that showed more of him, but in true form he didn’t want the focus on him. Then, I was lucky enough to be able to hand him a print in person backstage when he played at the Ridgefield Playhouse about a month later. Such an American hero and icon. 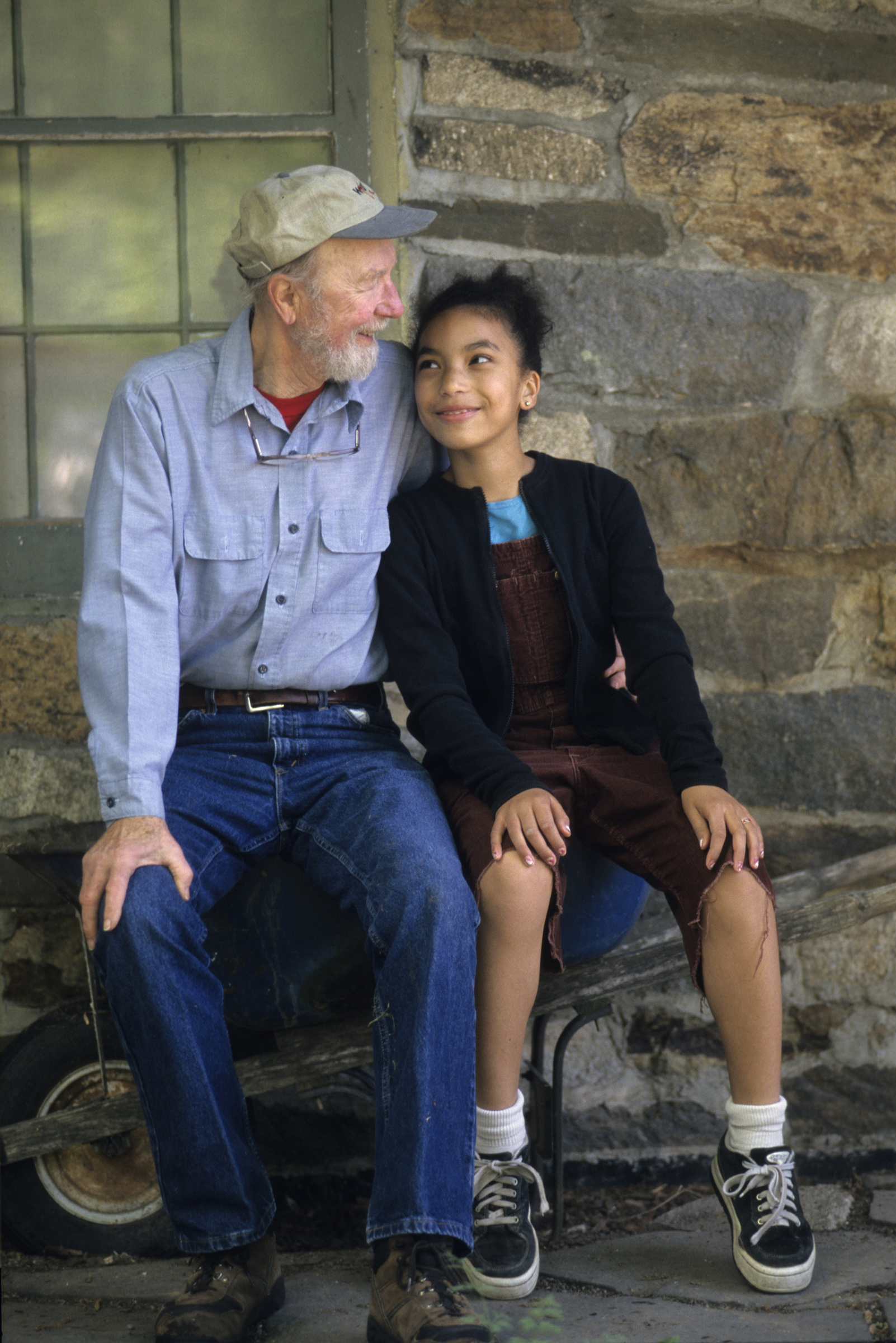 My Pete Seeger story...in 1998 I was lucky enough to photograph Pete Seeger for the Philadelphia Inquirer Magazine at his…